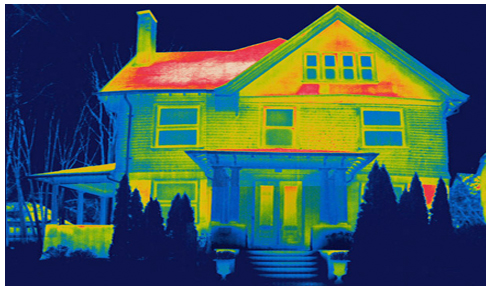 We have our own in-house BER Assessor at Southern Green Homes. That means no middle man costs. Let us help you find out where your heat is escaping in from your home or your business.

What is a Energy Audit or BER Assessment? 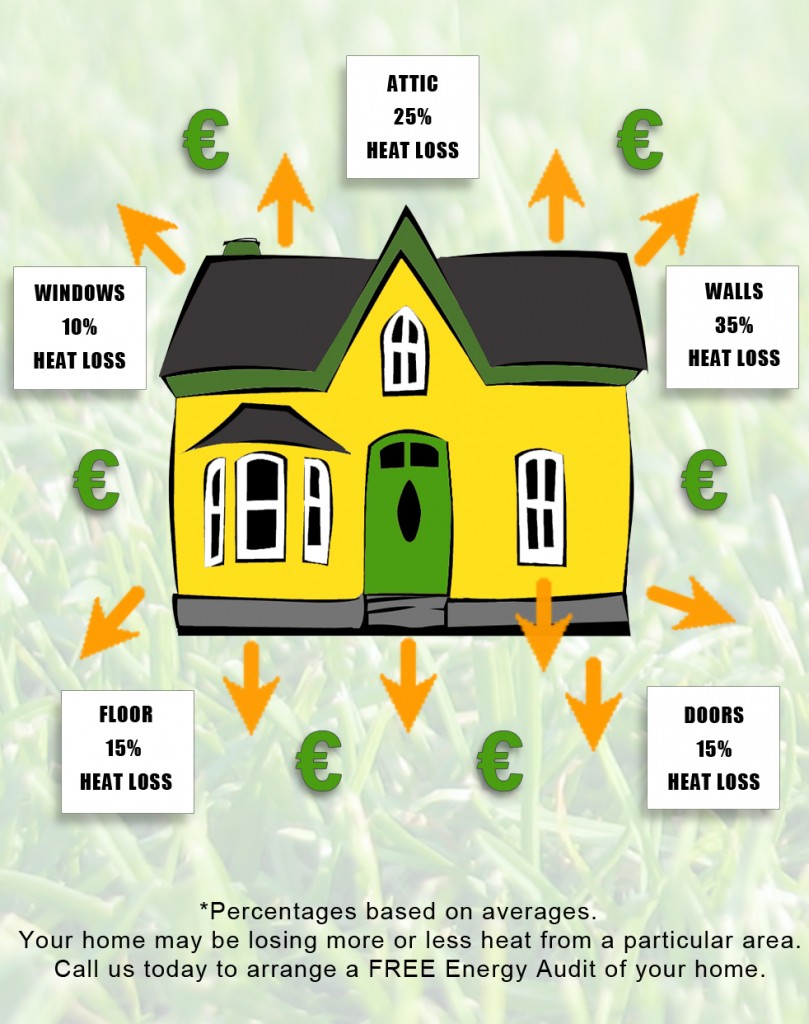 Yes. Check the Sustainable Energy Authority Ireland for the most up to date grant details.

When is a BER legally required and who is entitled to a BER certificate?

A landlord / seller must provide a BER certificate to a prospective buyer or tenants when a house is constructed, rented or sold where the following criteria applies.

There is a maximum fine of up to €5000 for not having a BER Certificate when required.
Prospective buyers and tenants are entitled to see the BER cert so they can now for the fist time take the energy performance of the home into consideration when deciding on their next house purchase or rental.

How is a BER, Building Energy Rating calculated?

A BER is calculated based on the building fabric make up such as the walls, roof, floors, windows and doors, the construction type and the levels of insulation used. The BER calculation measures the energy performance of the building also takes into account other features such as the dwelling size, the orientation, the ventilation, the water heating system, the space heating system and any renewable energy sources used. Heat distribution losses and lighting are added and calculated on the basis of a notional standard family and standard occupancy. The resulting energy performance of the building is expressed as:

• Primary energy use per (kWh/m2/yr) and is represented on the BER certificate on the scale A to G.
• The amount of carbon dioxide emissions in kgCO2/m2/yr associated with the dwelling 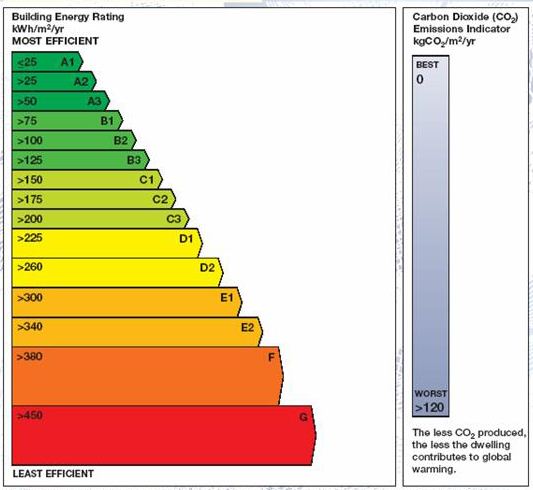 The Building Energy Rating (BER) is an indication of the energy performance of your home or commercial premises. It covers energy use for space heating, water heating, ventilation, and lighting. This is calculated on the basis of standard occupancy. It is expressed as primary energy use per unit floor area per year. 'A' rated properties are the most energy efficienct and will have the lowest energy bills.

What do I get with my BER Certificate?

Every BER cert will also be accompanied by a detailed report which will outline whether or not the house is complying with the building regulations (in terms of energy efficiency) and an advisory report containing recommendations that can improve the energy performance of the dwelling.

How long is a BER certificate valid for?

A BER certificate is valid for 10 years.

What is a Provisional BER Certificate?

Any new homes offered for sale off the plans will also require a BER cert. A provisional BER cert is issued to a dwelling that is not yet built can be completed using the initial building plans and is valid for a maximum of 2 years. Any changes or improvements made during the construction can be added when the dwelling is complete to improve the BER, but must be signed off by the builder or client.

New homes must comply with current building regulations with a minimum B3 rating.

Where can I get a BER Certificate?

Southern Green Homes’ BER assessors can carry out a full BER assessment of your home or building. We issue you a BER certificate which is valid for 10 years. Please contact us today.

Who is the regulatory authority for the BER Certificates and BER Assessors?

The BER Scheme was established under the European Communities (Energy Performance of Buildings) Regulations 2006 (S.I. No. 666 of 2006).  Sustainable Energy Ireland (SEI) are the overseeing authority for the registration of BER Assessors and for the responsibility for BER Assessments. They have in place quality assurance system to audit BER Assessors and BER Assessments to ensure the BER Scheme adheres to all legal conformities.

Once the construction of a building is completed it would be very hard to determine where heat loss is occurring within the building due to poor construction. From July 1, 2008 all new single dwellings will require an air tightness test to measure the flow of air and to establish any areas that will allow heat loss.

All vents and openings are sealed in the building and a door blower is used to decompress the pressure inside. Through the use of expensive equipment and computer software the test will calculate the air infiltration which is unwanted air and show how the building is performing. The test usually takes about an hour and if any leaks are found these will be highlighted in a detailed report.

Ideally by combining an air tightness test and an infra-red thermography of the building, any defects, faults or problems are found that cause a building to perform below standard and allow drafts and heat loss to occur. This is like having an X-ray into the walls, floors, ceilings and roof, to see the insulation and how well it is performing. 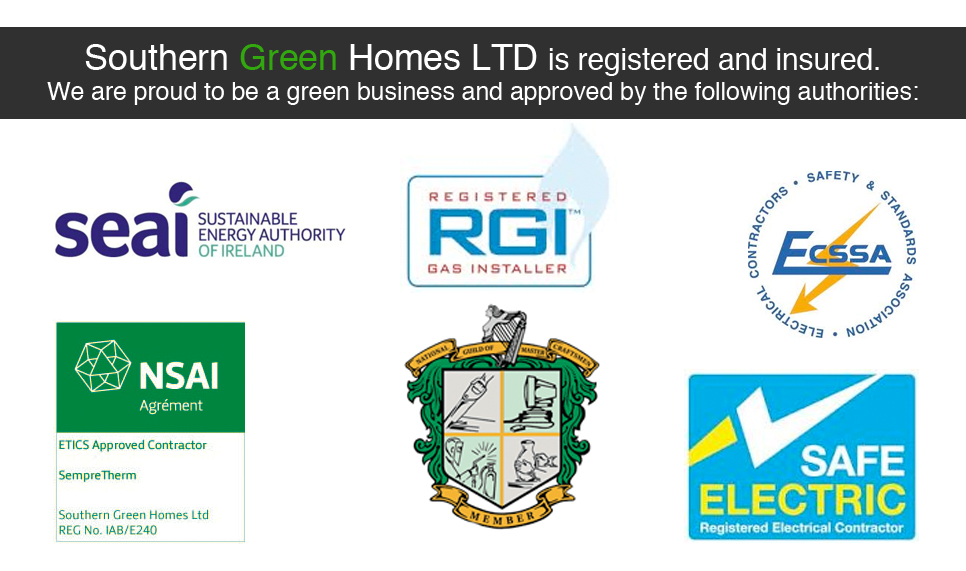