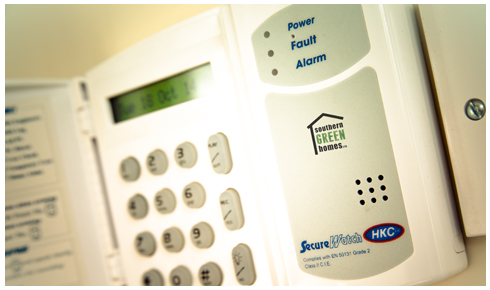 Intruder alarms and burglar alarms are the number one way of preventing break-in’s into your property.  Our alarm systems not only protect your possessions but your home’s  family or occupants as well.  It is a proven fact that the risk of burglary is significantly reduced after a burglar alarm is installed.

Why should I install an intruder alarm?

By installing an intruder alarm and displaying a bell box on the outside of the property, a burglar instantly knows that the house is protected and is less likely to attempt a break in. It makes sense a burglar would choose to break into an unprotected house rather than a protected one. So don’t make your house an easy target and install an intruder alarm.  In addition, most home insurance companies will reduce your premium if your home has a professionally installed intruder alarm system.

Isn’t true that I can just install a bell box without installing an actual intruder alarm to deter burglars?

No, many burglars are familiar with this technique and can identify properties have bell boxes and no alarm. If a burglar attempts to break in and you have an intruder alarm installed the siren going off will alert the neighbours and will deter the burglar from going any further. The main objective of the siren is to draw extra attention to your house and effectively make the burglar leave the property before they are caught.  In addition, if your home is broken into and insured as a home claiming to have an intruder alarm system, your claim may be denied on the grounds of fraud if you’ve only installed a bell box.  It’s best to play it safe and have an intruder alarm system professionally installed.

What happens in the event you have no neighbours?

The simple solution is to install a dialer to your alarm system, which will contact a pre-programmed list of mobile and land line numbers to alert you of any attempts of a break in.  Southern Green Homes has decades of experience installing alarm systems for residential and commercial properties.  Contact us today for a consultation and we’ll help you choose the intruder alarm system that’s right for you. 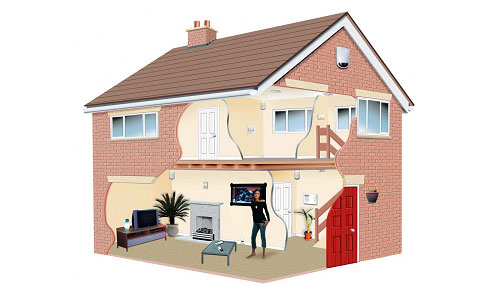